Our company secretary and ‘The Voice of Notts County’ celebrated in Ale! 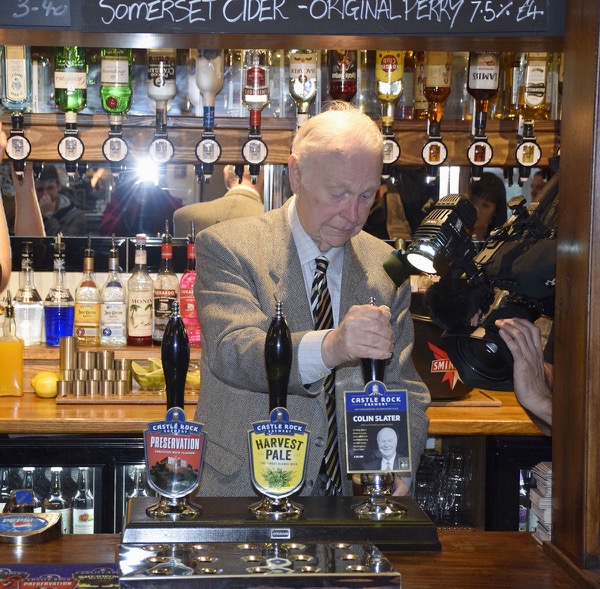 The first pints were pulled at the Embankment by Trent Bridge and Meadow Lane, and at the Portland Leisure Centre, nearby in the Meadows.   BBC East Midlands Today joined the celebrations for this adopted son of Nottingham.
Colin Slater, who was admitted to the football club’s Hall of Fame in 2014, is a long-time trustee of Notts County’s registered charity, Football in the Community. He says it was a big step on the part of the Board of Trustees to agree to take over the Portland Leisure Centre.  He pays tribute to Football in the Community director Steve Hill and his staff for making the investment such a huge success. Colin, who has written about Notts since 1959 and covered their matches on BBC Radio Nottingham since the station opened in 1968, says he feels greatly honoured to be associated with Castle Rock’s Nottinghamian Celebration Ales.
Back

We Accept
all major debit and credit card payments